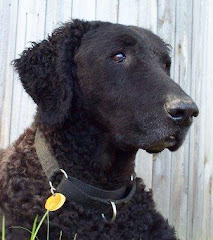 The Meet and Greet Committee (of one).

Having just moved my office into a new building, I didn't know anyone there. Whenever I went to work after hours, I would take Hunter with me to keep me company and stand guard. One day, I was working away when I noticed that Hunter was not laying by my desk. I got up to check on him and had one of those 'uhoh' moments . . . the door to the hall was open and Hunter was gone. I took off down the hall to find him and that's when I heard it . . . laughter!

I followed the laughter around a corner and found another open office door. I walked in, passed into an inner office and there he was, chowing down on a cheesburger that was laying on the corner of the desk.

"Hunter!" I gasped. He looked up at the sound of his name but he didn't budge from his cheeseburger. Two guys were sitting on the edge of another desk laughing at him. I rushed in, spewing apologies, and went to grab his collar, but they stopped me. "We told him he could have it" one of them said in his defense.

As the story goes, they had just come in with take-out from McDonald's. The boss set his burger down on the edge of his desk and stepped away for something. When he looked up, there was a "huge black dog" standing in the doorway. Nobody moved. The dog walked in and went strait to the cheeseburger. Then, he looked up at its owner with a meaningful look in his eyes as if to say "may I?". The guy told him it was ok, he could have it, at which point, Hunter began to eat it. They started laughing and that is when I came in.

We stood around and talked while Hunter finished eating and swapped names and small talk. Tammy, from the outer office came in to meet him and became Hunter's instant friend. He never came back to work with me that he didn't have to go visit Aunt Tammy. Maybe he was looking for cheeseburgers, but he always found her.

That first meeting could have gone either way. Luckily for Hunter and me, our office mates had a great sense of humor and probably relished the tale they got to go home and tell their kids . . . about the big black dog that appeared like magic and ate their cheeseburger!!!
Posted by ivacurly2 at 6:58 PM 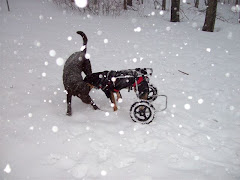 Playing Stick in the Snow 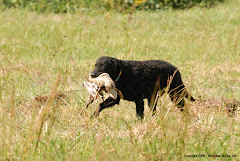 Doing what retrievers do! 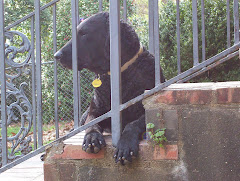 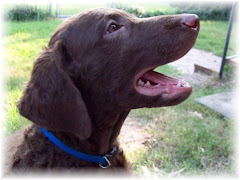 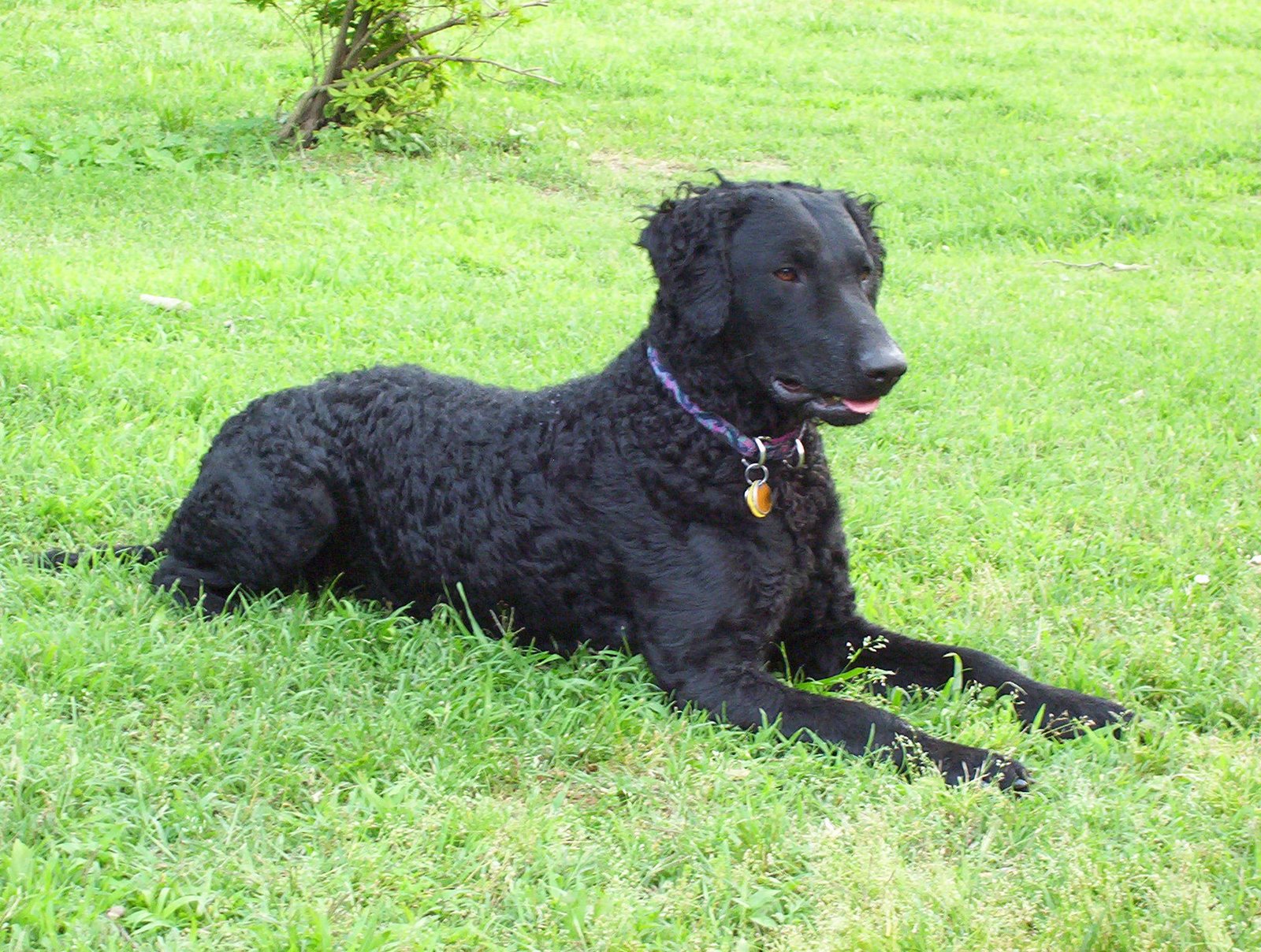 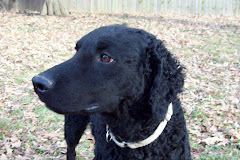 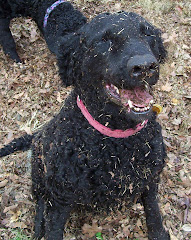 ivacurly2
As you can tell, I've gone to the dogs.